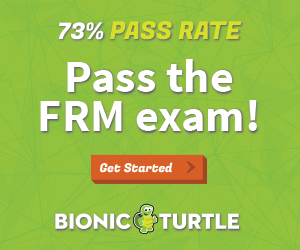 If you are looking to send money abroad consider Wise (formerly Transferwise). It’s a great tool for sending and receiving money internationally with low fees — much cheaper than using your local bank.

You can also get your own local bank account details in Europe, UK, US, Australia and New Zealand with the Wise Borderless account.

By William B. Allen

Global markets today are, unfortunately, obfuscated by much confusing terminology and conventions – some of which are relics from the distant past.

There is perhaps no better example than the term “Eurodollar” (often abbreviated “ED”). With the advent of the single European currency named the Euro only a few years ago, you would be forgiven to think that the term Eurodollar might refer to a foreign exchange (FX) rate.

That is, could this name be trader jargon for the Euro – dollar FX rate? (Of course, this ratio should be more properly labeled the dollar/Euro rate because this represents the correct mathematical relationship in the normal market quote – but traders can be creative in their language and somehow have ignored this formality).

The answer is NO! Eurodollar is actually a reference to interest rates and has nothing to do with foreign currency. The Euromarkets started as money markets in the 1950s as bank deposits and loans in various currencies, transacted primarily by international banks operating out of London, that were to a more or less degree remote from regulation in the home country.

For example, the Eurodollar market started this phenomena when non-U.S. holders of dollars decided – for a variety of reasons, such as taxes, fear of confiscation, regulated rate ceilings, etc. – to find an alternative to depositing their dollars with U.S. banks in the U.S. (The holdings of dollars outside the U.S. was spurred with the billions of dollars granted by the U.S. to businesses in European and other countries as part of the Marshal Plan for economic recovery after World War II).

Several international banks were quick to seize the opportunity to collect this money by setting up through their London branches dollar-denominated deposit accounts, which they then put to work by making dollar-denominated loans – and all of this was pretty much beyond the oversight of U.S. regulators.

The benchmark lending rate for this money became known as dollar LIBOR (which stands for London Interbank Offer Rate). This also became known as the “Eurodollar rate”, which is a zero-coupon dollar benchmark interest rate that is quoted for various tenors such as overnight, 1 week, 1 month, 3, months, 6 months and 12 months.

The important elements in this market were 1) that these rates were set in London-time according to conventions established by the British Bankers Association (typically an average of the middle two quartiles of 16 or so quoting banks calculated daily in the London morning) and 2) that these rates were more or less remote from the home country regulators (that is, usually escaping domestic withholding taxes, reserve requirements, deposit insurance fees, stamp taxes, regulated rate ceilings, etc.)

The Euromarkets grew enormously during the petro-crisis of the 1970s. OPEC member states quickly amassed large sums of dollars from the sale of oil at ever-higher prices and decided to deposit their dollars receipts in London or other international banks outside the U.S. (typically receiving rates somewhere near LIBID – the London Interbank Bid Rate – which has traditionally been 12.5 basis points below LIBOR).

These banks often “recycled” the petro-dollars into Eurodollar loans, including a lot of loans (at Eurodollar LIBOR plus wide spreads) to emerging markets in Latin America and elsewhere that would cause severe credit problems for these same banks less than a decade later in the mid-1980s.

At about the same time that the Euromarket was coming into its own (the mid-1960s and 1970s), creative bankers realised that they could also soak up the glut of international holdings of dollars by issuing Eurodollar bonds.

These bonds, typically issued out of London by the major international banks, were not regulated by agencies in the U.S. (for example, they were typically not registered with the SEC so they could not be sold at primary issuance into the U.S. market).

Soon, Eurobonds denominated in other currencies were also created, so a market for GBP Eurobonds, JPY Eurobonds, and so forth, grew and continues today. In general, we refer to these issues as Eurobonds ? a name that, by itself, does not tell us which currency the bond is denominated in.

With the creation of the new European currency, the Euro, the terminology started to get even more confusing. (In fact, there had already been a composite European currency named the Ecu – which was the name of a coin from ancient France – but politics being what they are, this old name would not seem to suffice in the new European Community and the name Euro was applied to the new single currency.)

Of course, there are bank deposits and loans denominated in Euros for a range of tenors and if these money market rates are set according to the rules of the British Bankers Association – we label this benchmark rate today as Euro LIBOR.

In addition, Euro money market interest rates can also be set according to the European bankers association (basically similar rules but slightly different averaging techniques) in the Frankfurt/Paris time zone.

This benchmark is labeled Euribor – which is usually very close to Euro Libor and the slight differences represent the different mix and number of quoting banks used to average the daily rate settings.

Now the Euro-denominated money markets and Euro-denominated bond markets have grown in size and liquidity to rival the long-standing dominance of the – you probably guessed – the Eurodollar market.

To learn more about yield curves and market terminology and conventions – and how these should be used – check out the Ethan Hathaway course: Bonds & Fixed Income Bootcamp

This website uses cookies to improve your experience while you navigate through the website. Out of these, the cookies that are categorized as necessary are stored on your browser as they are essential for the working of basic functionalities of the website. We also use third-party cookies that help us analyze and understand how you use this website. These cookies will be stored in your browser only with your consent. You also have the option to opt-out of these cookies. But opting out of some of these cookies may affect your browsing experience.
Necessary Always Enabled
Necessary cookies are absolutely essential for the website to function properly. This category only includes cookies that ensures basic functionalities and security features of the website. These cookies do not store any personal information.
Non-necessary
Any cookies that may not be particularly necessary for the website to function and is used specifically to collect user personal data via analytics, ads, other embedded contents are termed as non-necessary cookies. It is mandatory to procure user consent prior to running these cookies on your website.
SAVE & ACCEPT
Scroll to Top